22 x 28" oil on linen.  Part Arab, part Spanish Barb, these sure-footed, sturdy ancestors to today's wild Mustangs were highly prized by the Native American tribes who made their home on the vast North American plains. 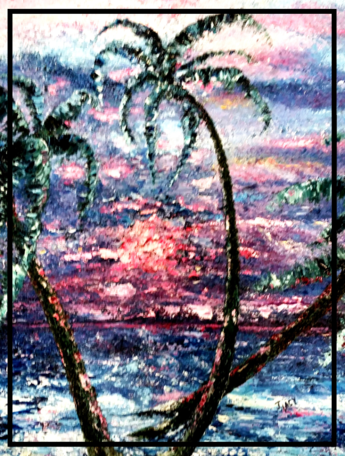 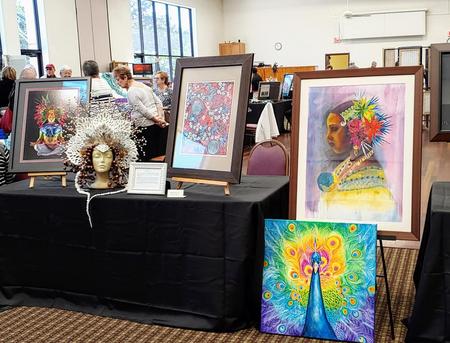 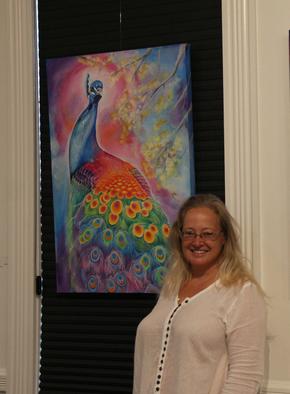 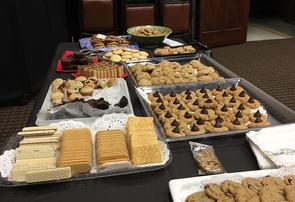 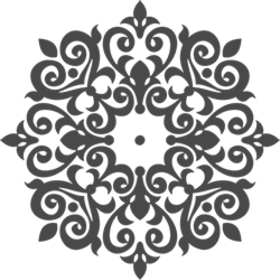 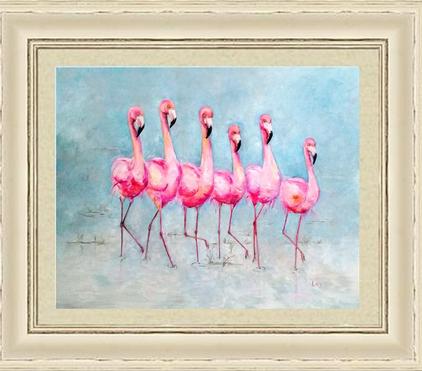 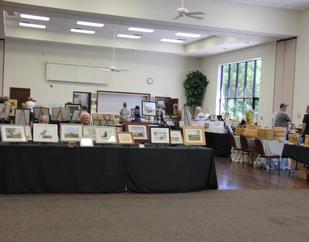 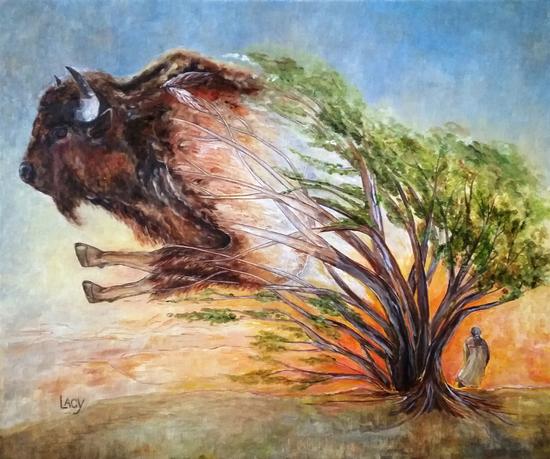 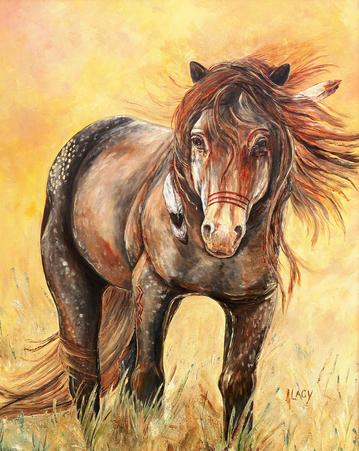 Two years ago I assumed the position as chairman of the annual community art show. The year began with plans for the 2020 Art Expo in full swing, culminating in a February 29th show that exceeded all expectations and more than doubled the previous year's attendance. Twenty-four exhibitors in fine art, stained glass, mixed media, textile arts, photography, decorative fused glass, pottery, metal sculpture and more, filled the spacious exhibition hall with a dazzling display of color and artistic creativity.

Visitors included representatives from three area art leagues as well as the Lake County Museum of Art. The show's raffle of donated work raised $345 for the museum's children's art programs. Free cookies, a signature trademark of the annual exhibition, were enjoyed by all. 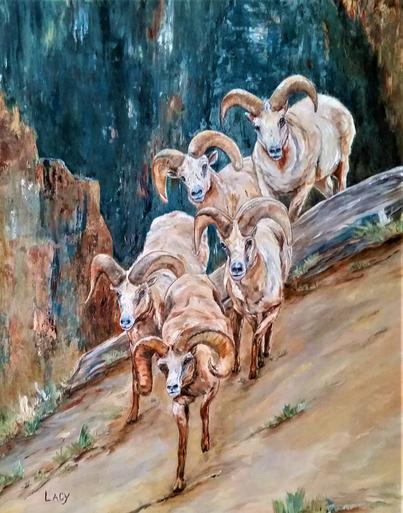 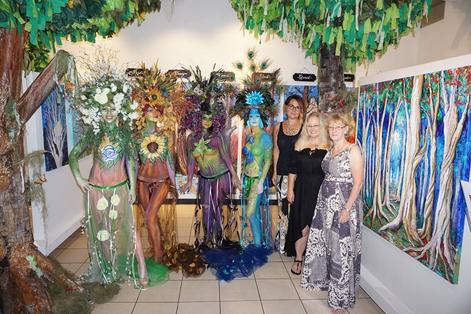 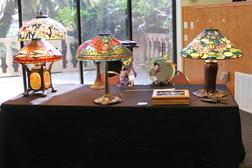 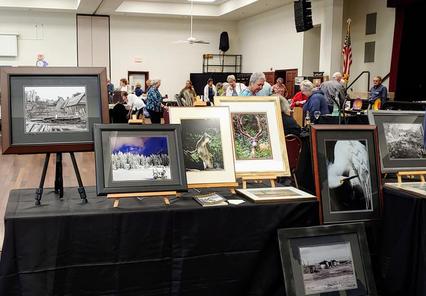 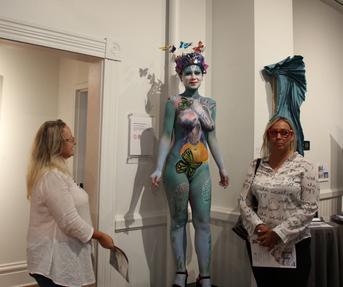 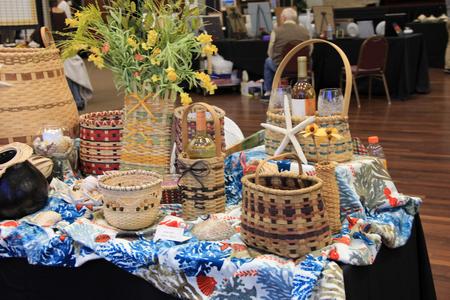 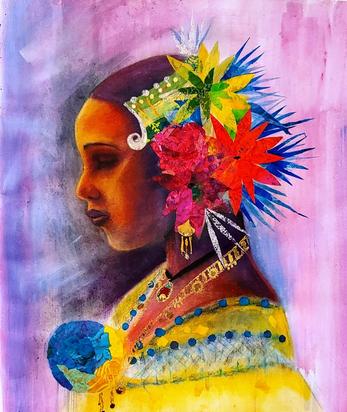 Every once in a while I have the pleasure of working with my Daughter Michele on a fun artistic project. Shown, are the four dryad models we, together with artist, Doreen Lazzano, body-painted for Rhonda Richley's Bare Naked Trees show at City Arts Factory, Orlando Florida.

Michele designed the fabulous headdresses our models are wearing, while I created their  complimentary flowing skirts. 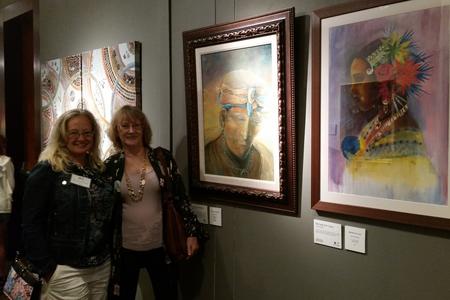 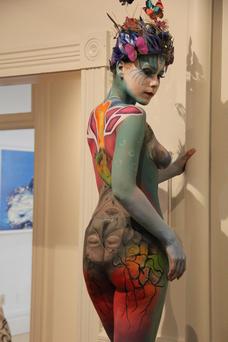 The power of suggestion on an artist can have some unexpected results.

Recently, I wanted a break from the detailed wildlife I so often do and asked a photographer friend, Macey Sigaty, if I could use one of her photographs as the subject of a new painting.  Macey said, "Yes, of course I could use her windswept tree image."

I had just completed a rough wash of the tree's outline on my canvas, when my husband walked into the studio.

"Oh. A buffalo coming out of a tree."

And there it was.  The thought and image embedded into my creative brain cells in a nano second. I had contemplated a surreal work when I began, but never imagined the form the final image would take, let alone the awesome responses after posting a work in progress pic on social media.  I began receiving orders for prints of Tatanka Wanagi Chun before the painting was even finished.

The year began with an invitation to take over the position of President of the community artist group. With much support, we traveled a long way in a short time. First, a new name. I initially asked for suggestions on what to call our reorganized group of 'artistic souls.' Someone kindly pointed out 'Artistic Souls' was perfect, and so we are.

Second, this newly elected President also found herself chief cook and bottle washer for the annual art show. In early March, we presented a re-vamped Art Expo featuring twenty-two artisans in mixed genre. The exhibition was open to the public and well attended. Plans for the 2020 Art Expo include an evening social gala followed by the Saturday exhibition. This future show, is already more than half filled. 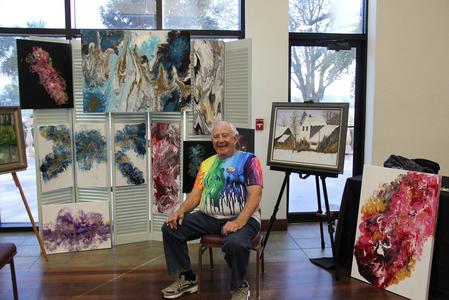 Sold at the 2018 art show was this 16 x 20" original oil titled After the Storm. The painting will make its new home in New England. 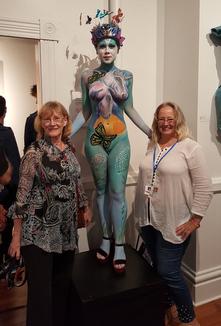 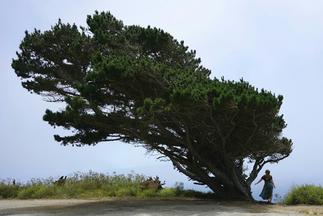 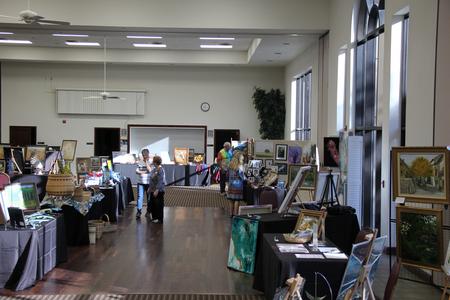 Two weeks after our Mother and Daughter exhibition at OMA,  we, together with assistance of artist Eugenie Rojas Garcias, did a body paint on model Leslie Logue-Vapons for the 2nd Annual Alive Show held at the newly renovated City Arts Factory in downtown Orlando FL. The theme of our body art was rebirth. Beginning on our model's back was death, represented by a figure turned into stone and crumbling back into the earth to nurture in turn, the delicate Pinks and Queen Anne Lace flowers growing up her legs. Above the stone figure, is their heart, now silent, but from which has emerged their soul, represented by a phoenix. On our model's front are painted traditional symbols of rebirth and life, represented by unicorns, orbs and butterflies.

FROM THE ARTIST - Below are a few of the paintings from my new art series of American wildlife. Big horn sheep, coyote, cougar, mule deer, owls and water birds,  mustangs and wolves will be some of the animals depicted.  The completed collection is scheduled for exhibition in Jackson, Wyoming. 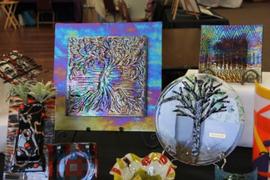 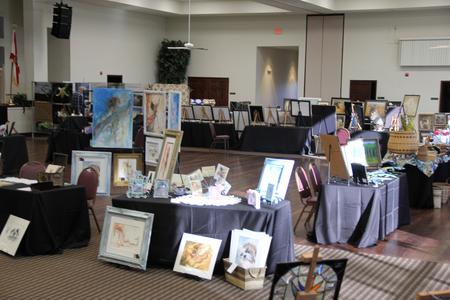 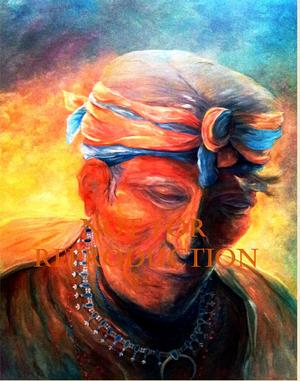